I decided to try out twitter advertising for an app concept I have partially built (searching across google docs / onedrive / dropbox). The nice thing about this is you can advertise based on interests:

I set up a few “promoted tweets”, and used the credit they give you when you create an account.

When you set up a campaign, you can choose what you are paying for – followers, clicks, conversions, “engagement”, etc, which is a neat feature. It’s a little odd that they don’t vet this better, because it seems bad for twitter if you pay for “app installs” while you’re still figuring out the whole funnel, or if you pay for “follows” on tweets that are intended to generate clicks to your website. 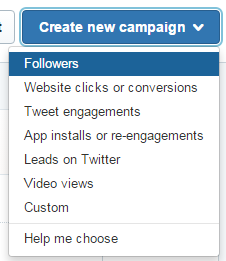 After running an “engagement” campaign for a few days, I got what appears to be a statistically significant difference between several tweets (they encourage you to post a few things, probably so this happens):

So here we find 50% more people “engaging” the first tweet. If we drill down, we’ll find that twitter claims this includes one retweet, one follow, and 113 “clicks”:

Weirdly, I only saw two or three actual page views on the link these are directed to, so it’s not clear what “clicks” twitter is charging me for.

Fortunately, they have an analytics page, which shows the roll-up of all your activity (personal & promoted).

With this, we see something pretty interesting:

All this time it looks like they are charging for people clicking on my profile – it’s not clear why anyone would want this. Clearly this is fixed simply – make a new campaign and don’t select “engagement”, but it would be nice if this was more obvious.